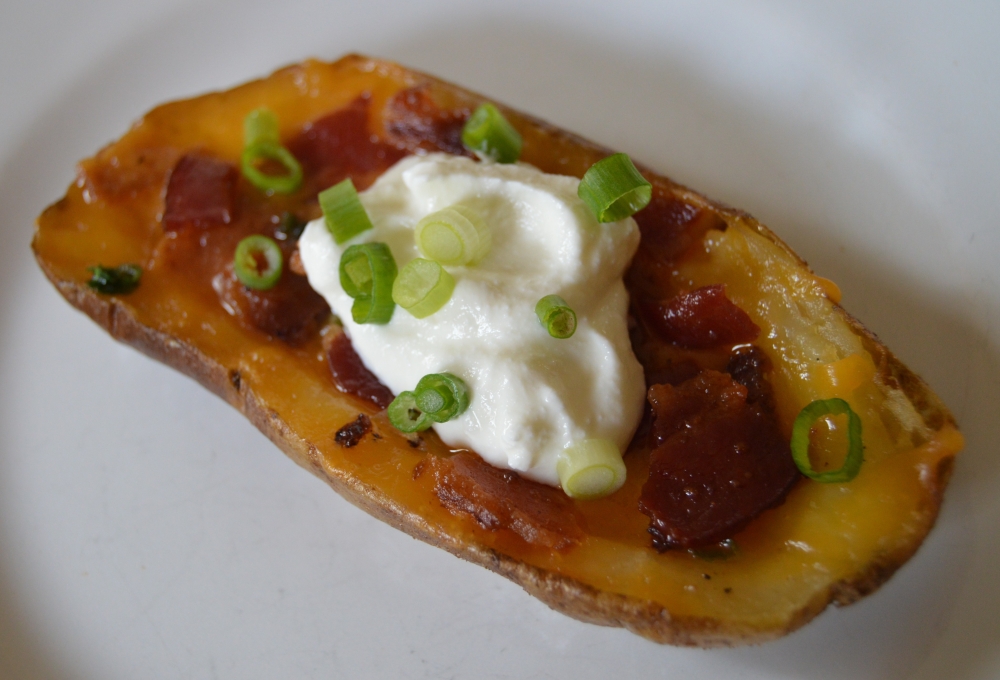 Potato skins are a classic when it comes to game day spreads.  They are hearty, delicious, and easy to prepare for a crowd.  While they are fantastic in this basic form with cheese, bacon, and sour cream, potato skins are incredibly versatile.  Try topping them with Pulled Pork Barbecue, Chili, or Sloppy Joe Meat—you really can’t lose!

1. Pre-heat the oven to 400 degrees.  Using a fork, prick the skin of each potato a few times to allow steam to release while baking, otherwise you’ll have potato bombs ticking away in your kitchen.  Place the potatoes in the oven and bake for 45 minutes, or until the potatoes are fully cooked (larger potatoes may need more time).

2. Allow the potatoes to cool to the point where you can handle them without being burned.  Cut each potato in half horizontally, then scoop out the flesh, leaving a 1/4 inch shell.  Reserve the potato flesh for another use (like thickening soups and stews, making a nice mashed potato side dish, or making dumplings—in short, don’t waste it!).  This step can be done up to a day in advance.

3. Place the potato shells on 2 baking sheets.  Brush the interior flesh of the potatoes with the melted butter, then season them with salt and pepper.  Turn the shells cut-side down.  Put the baking sheets in the oven and bake the potato skins for 10 minutes—the cut-side edges should be slightly browned.

4. Flip the potato skins so that they are cut-side up.  Fill the skins with the shredded cheddar cheese; if you think you have enough cheese in the hollow of each potato, add more—trust me.  Sprinkle the bacon on top of the cheese, then place the baking sheets back in the oven for 6 minutes, or until the cheese has melted.

5.  Remove the potato skins from the oven and place them on a serving platter.  Garnish with the sliced scallions, if desired, and serve immediately with sour cream on the side. 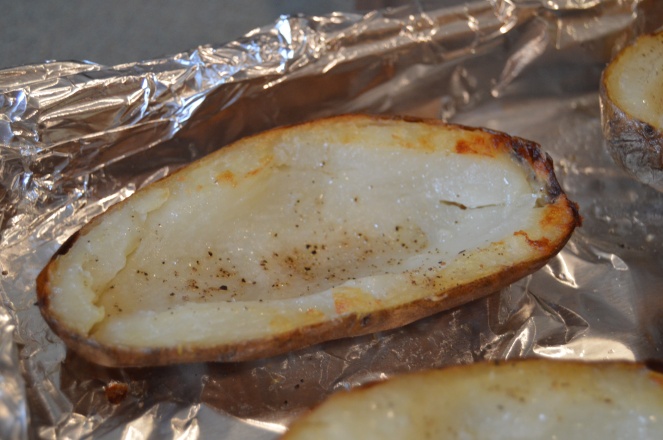 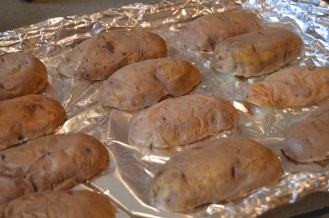 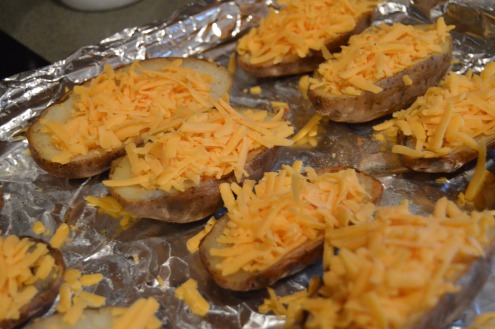 🥔 If you have vegetarians coming to watch the game, serve the bacon on the side with the sour cream. 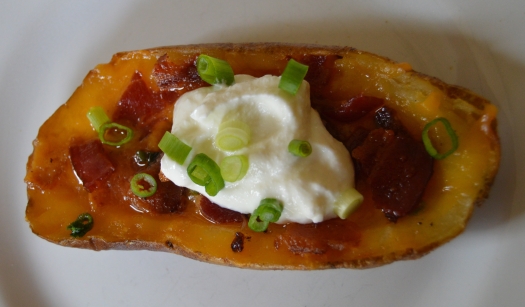