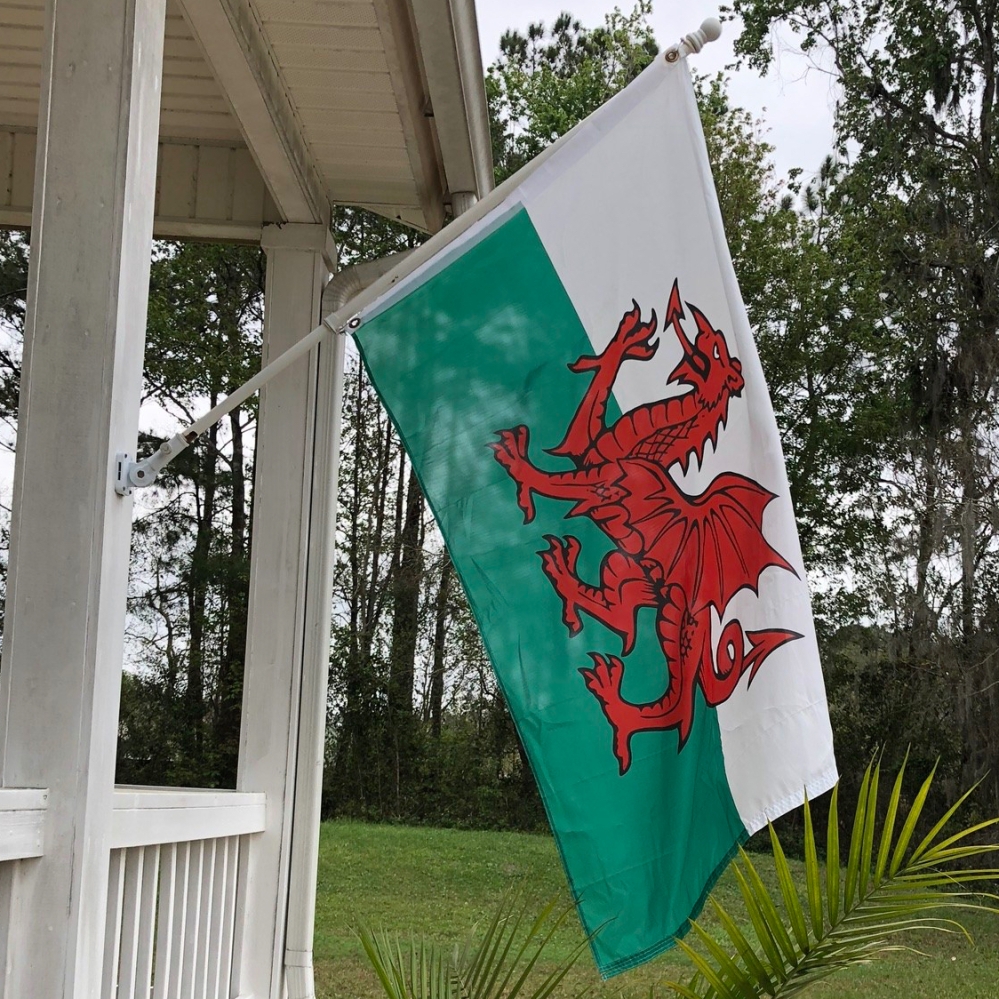 I am excessively proud of my Welsh heritage.  While Scotland and Ireland receive the lion’s share of attention for the non-English nations in that part of the world, Wales has its own unique and equally fascinating history and heritage.  I won’t get into a historical lecture (my husband is rejoicing), but I will tell you that there is so much more to Wales than the mining industry.  There is an old Welsh saying, that “To be born Welsh is to be born privileged—not with a silver spoon in your mouth, but with music in your blood and poetry in your soul.”  If you’ve ever heard a performance by a Welsh men’s choir or read the works of Dylan Thomas, you know that there is truth in these words.  Beyond these cultural aspects, the scenery of Snowdonia National Park is some of the most spectacular I have ever seen (yes, Daddy, I actually was awake when we were driving through).  Even though I said I wouldn’t get into the country’s history, I do want to point out that the Welsh, like the Scots and Irish, came to blows with the English often.  In fact, they were so troublesome that Edward I (a.k.a. the Longshanks) built an “iron ring” of castles throughout the country to subdue its people.  These castles changed hands many times, and can be viewed as symbols of both national pride and oppression.  One castle in particular inspired a beautiful piece of music entitled “Men of Harlech,” which has become an anthem honoring the courage and cunning of Welshmen who defeated their English foes. 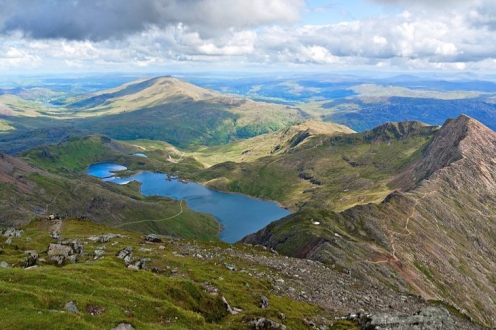 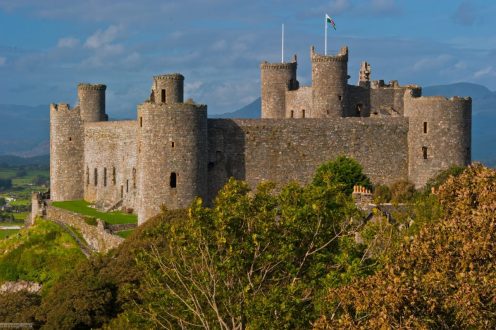 Saint David’s Day falls on March 1st.  Not being religious, I tend to focus more on celebrating my paternal family’s heritage, but if you are interested in learning about Saint David, or as the Welsh call him, Dewi Sant, this article is helpful: Who is Saint David?

Three significant symbols of Wales are the Red Dragon (Y Ddraig Goch—a mythical dragon present throughout Celtic legend), the daffodil (Wales’ national flower) and the leek (the national vegetable).  Naturally, they are all incorporated in our celebrations. 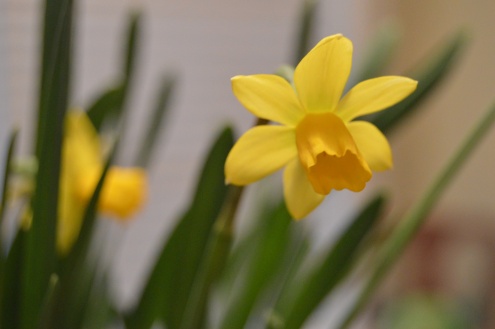 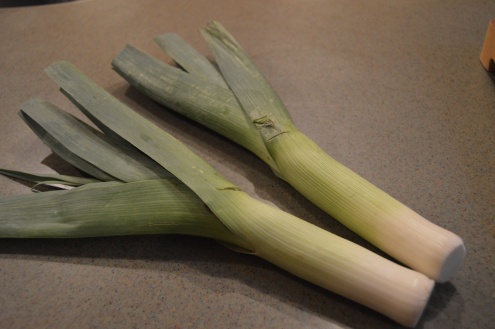 To honor the dragon, we fly the Welsh flag—Baner Cymru (please note that Saint David’s flag, which is also considered the Welsh flag, is different—a black field with a golden-yellow cross).  Daffodils can be found throughout our home, and always as the centerpiece of our dining table.  Finally, I incorporate leeks into our menu.  Traditionally, the Welsh consume leek broth, which is believed to be one of the humble dishes eaten by Saint David.  However, family needs something a bit heartier, so I make Potato-Leek Soup. 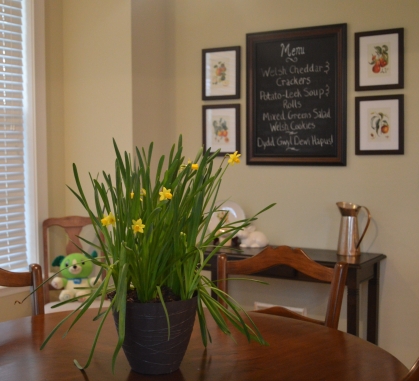 Recently, I found Collier’s Welsh Cheddar in the artisanal cheese section of our grocery store and had to get some for our hors d’oeuvre.  If you’ve never had it, it’s gorgeously salty, tangy, and crumbly—just as a good cheddar should be.  I like to serve it with wheat crackers as a sweet counterpart to the cheese.

Welsh cookies, also known as Welsh cakes, are another must-have on Saint David’s Day.  These tasty little bites are a cross between a cookie, pancake, and scone.  They are just slightly sweet and are highly addictive.  Serve them warm with softened butter or at room temperature. 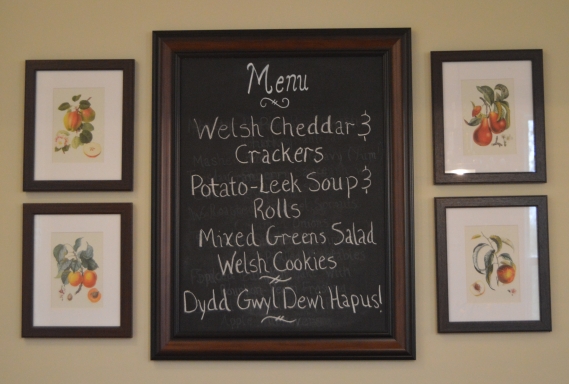