Brunswick Stew is a southern classic embroiled in a long-standing debate: Did it originate in Brunswick, Virginia, or Brunswick, Georgia? I don’t really care.  Regardless of where it’s from, it’s good!

I was first introduced to this stew during a family visit to Colonial Williamsburg, where I enjoyed it at Shield’s Tavern.  It was a delectable combination of corn, lima beans, chicken, tomatoes, and potatoes in a flavorful broth.  Happily, the recipe can be found in The Colonial Williamsburg Tavern Cookbook, and I have made it many times since.  But through my perusal of many Southern Living cookbooks, I have found a variety of recipes for Brunswick Stew which differ from that which is served in the colonial taverns of Duke of Gloucester Street.  The major alteration is the use of barbecue sauce in the broth.   I was intrigued and decided to give it a try…and I really liked it!  Some of the recipes I found call for pork, but I decided to stick with chicken, mainly because I didn’t want the stew to become a “pulled pork barbecue soup.”  I also thought it would be fun to mix in one of my favorite southern ingredients—okra.  But a word of warning regarding this addition: Okra can have a slimy texture and the seeds can swell up and float throughout the soup.  If that grosses you out, don’t add the okra.  One final note: Taste your barbecue sauce before adding it—if it’s extra-sweet, reduce the amount of brown sugar you use accordingly.

If you have a 6 or 8-cup slow cooker:  Put all the ingredients in the slow cooker and set it on low for 8 to 10 hours.  Once the stew has cooked, remove to chicken from the slow cooker.  Remove the skin and pull the meat off the bones, shredding it as you go.  Return the shredded meat to the stew and stir to distribute.  Discard the skin and bones.

If you want to make this on the stove top:  Put all the ingredients in a large Dutch oven.  Bring the liquid to a boil over high heat, then reduce the heat to low and simmer, lid on the pot, for 3 hours.  Once the stew has cooked, remove the chicken from the pot.  Remove the skin and pull the meat off the bones, shredding it as you go.  Return the shredded meat to the stew and stir to distribute.  Discard the skin and bones. 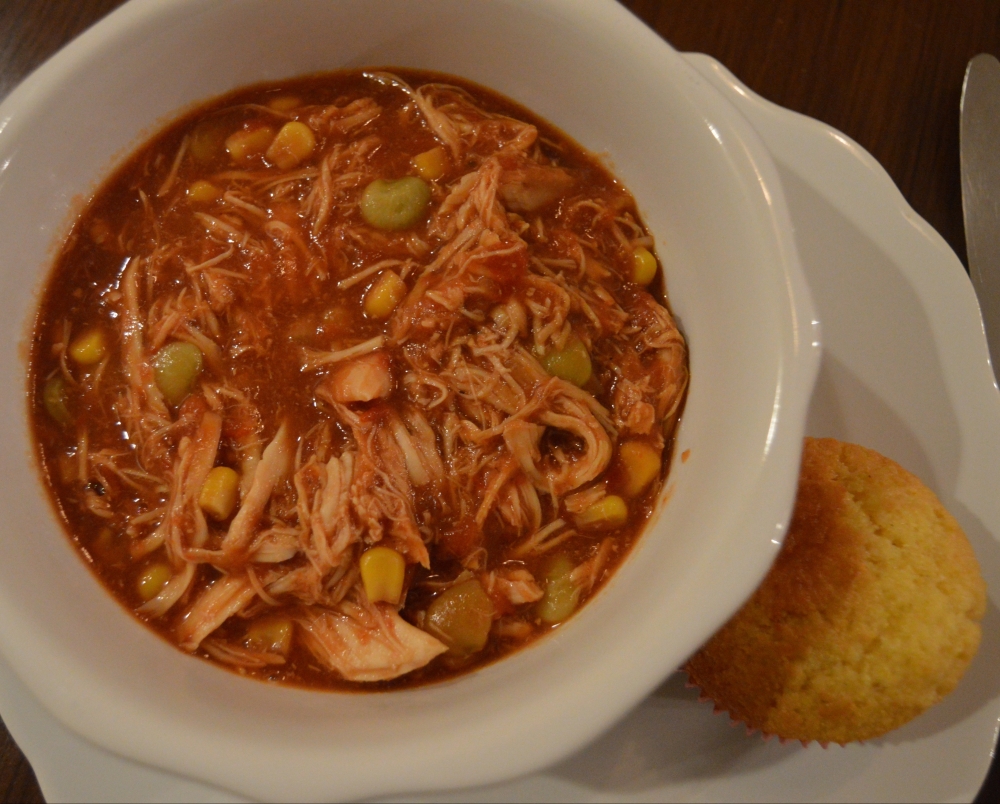